I was thinking about my relationship with alcohol this morning. Well actually I was thinking more along the lines of 'OH CRAP I overslept, hope the lizards are still alive!' but then I igured I might as well relax because I only have to set up 4 experiments today, so I can move slowly.

So anyway, I was wondering, why the heck do I actually drink? My history with alcohol is pretty normal I think, I went through a hectic teetotal phase when I was 14 or so, when I wouldn't even eat food prepared with alcohol. then when I was about 15 I got pretty angry about life (as you do) and starting drinking like crazy, but I really hated the feelnig of being drunk, so I generally behaved pretty well in terms of pacing myself and stopping at the right point.

Now I'm a pretty light drinker. I go out for drinks a lot, especially after work with my friends. And there's Biosoc on a Friday and that sort of thing. I like that, although now that I'm actually thinkig about it, alcohol doesn't really taste good, it dehydrates you and stuff and considering your body tends to panic to banish the 'toxin' from your system, it really doesn't make sense.

I was hiking a few weeks ago, around the botanical gardens in roodepoort, one of my favourite places in the world, also where I had my 21st party/picnic. WhenI got to the end I REALLY wanted a drink. Just because I was hot and tired and felt like sitting back with a Hunters or something. Unfortunately my mother was there so we went for waffles instead.

So anyway I was just thinking, is it just a marketing thing? I mean for a control freak like me to actually choose to drink alcohol is crazy!

I was just talking to Trevor (who is here (at Wits) on a Saturday again), and he said to ignore Kevin because all he wants is to get people through the system quickly. So I figure that I'll apply for masters here, as well as the one overseas and the various overseas scholarships. Then I'll get started on my masters, do pilot studies and proposals and things, and if I get to go overseas, I'll finish the section I'm workig on (there's 3 months between getting a scholarship and actually going) and put my masters on hold for a year. Once I've got my masters overseas I'll come back and convert this masters to a PhD. So if I don't get a scholarship (which is highly likely) I'm still on track and if I do it's also ok. And I also get to have a PhD before I'm 25! The only thing that could mess this up is if I actually get NRF, but according to the financial aid office I'm not in the best demographic group, so it's unlikely.

So now I have to go and talk to the other university and try and line up a project and a supervisor. I also have to talk to zoos and stuff about applying what I might learn overseas back in SA, which can make my application much more attractive to HESA. Then I have to find second and third choices (which is awkward because I want to go overseas because Scotland is the only place in the world that offers what I want). 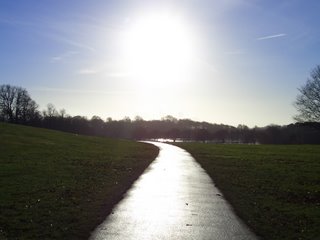 Welcome to the blogosphere. Thanks for checking out my site. Peace.