*Names, details and everything else changed to protect my job and general dignity.

Phone rings, I answer it.

"Yes I did, and as I asked for you to approve a document for a full 10 days and you didn't, I sent it in to the Powers That Be, which makes our deadline tomorrow."

"I am aware of that, and we can make amendments later, but we can't tell then a date and then not do it. It's a long drive to deliver everything and I have to do it tomorrow, I can't be back for a 9am meeting and get it delivered in office hours, and I can't leave it for a driver because it's too important."

"Can't we just change the due date?"

"I asked you to confirm by 4pm, 3 days ago and sent multiple emails explaining that if I didn't hear from you I would submit. Your boss said you would respond. We can't change it now."

"Oh ok, you should have done that ages ago."

"Yes, well tomorrow is the day."

"But what about changes? we haven't met yet?"

"We can make amendments later, but the documents need to be delivered tomorrow."

"Ok, we will discuss it at the meeting tomorrow."

An hour later I get an email approving the document that needed approved last week, hence giving me the deadline that makes me unavailable for the meeting. And she sends another meeting request.

Posted by Helen at 7:00 pm 0 comments Links to this post

this is a total filler

This was going to be a full-on angry rant about everything, but I find myself unable to write it. Life is feeling like a big spiky hamster wheel at the moment, with my (emotionally) five-year-old, vindictive, selfish and self-rationalizing middle-management wielding a whip. Fortunately I do have a pretty good support system, although I'm sure they're getting tired of the endless snappishness and ranting.

It's also difficult to be patient and wait for things to get better. I want things to work out now and I know that I will be happier in the long run if it doesn't, but that doesn't make me frustrated and prickly and snappish at times.

On the plus side my plants are still alive.

Posted by Helen at 6:00 pm 0 comments Links to this post

As I'm sure it is apparent, decorating is becoming something of an obsession. It is a difficult thing to do without an outside and with carpets everywhere as most projects leave me in a state of panic over potential paint spills (I painted a spice rack. a Spice Rack. I am old). And you'd think I'd actually finish the kitchen rather than starting a million other things.

I'm also discovering that I'm not as exciting as I expected. Sure the paint stripes were delayed, but that's ok, but I always dreamed of fairy lights and now I can't figure out where I would put them if I got them. I still want them, but now things like plug points and fire hazards and other ideas circulate and block out the fun ones. I also caught myself debating between plants vs zombies figurines and a casserole dish this morning (and decided on Billy Talent tickets of course - maybe not so old). I also get into discussions with salesmen about threat counts in bed linen. Like that's even a thing!

Oh, and so I have all these curtains in my flat and some are ok, and others are old and nasty and others are just plain hideous - upholstery-style was never my thing. And I decided ages ago to remove the curtain rods and replace them with bars so I can have looped curtains which I think are so much prettier than taped ones (those are the ones with the hook thingies). Now that I think of it though, there's nothing wrong with the old rods, and taped curtains would be smoother and better for insulation and there's be less wear-and-tear on the fabric.

When did these things get important? For the record the curtains issue is a critical one, I have high ceilings so standard curtains end about a foot and a half off the floor, it looks like I'm living in a place where the windows wear capri pants.

And I spent a while debating tax returns at work today.

Lets look at stripy curtains to forget about these things: 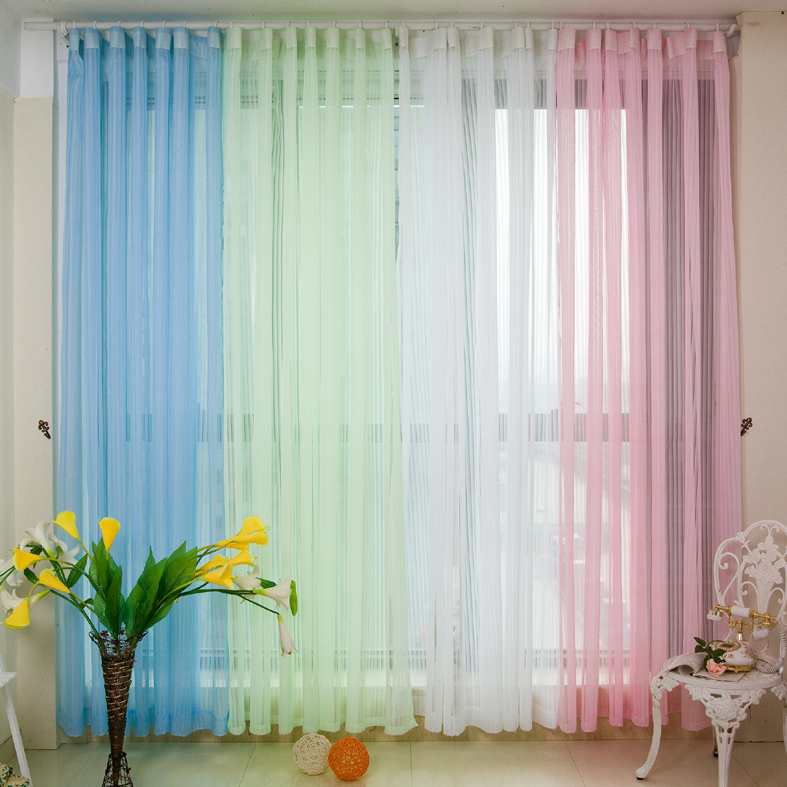 none of the pictures are mine.

Posted by Helen at 7:13 pm 0 comments Links to this post

So I was out with La the other night and she mentioned that the reason she wasn't staying with me that night (I live forever away from everyone so a fair number of weekend plans involve sleepovers) was because she and S were taking their mothers to the Irene Village market the next day. I invited myself along immediately, with the disclaimer that I tend to go nuts at markets.

As much as I am trying really really hard to not be a hoarder (my parents house is cluttered and just gets worse all the time and I am trying very hard to keep my new home a sanctuary, and that sanctuary nature partly depends on it being relatively empty and clutter free. That and having the dishes washed, which is harder than I expected). I have been practicing restraint by going to thrift stores and not buying armloads of random junk.

Anyway I met them out there early (they swear by getting there at opening time, and seeing the state of the place at 11am I understand why) and we went off shopping. I got two new 'children' for my burgeoning jungle (I have a tulip names Petunia, some daffodils named Gary, 2 cacti with a rather inappropriate name as they are the love-ferns of a particularly vindictive person, an african violet (Violet) and now tw more plants, Basil and Rosemary (named appropriately if not inventively).

I also managed to pick up some chandelier button earings (yesm they are a thing), another set of earrings that are a fork and a spoon (everyone except P1 loves them) and a filligree heart necklace that is cheesy but I've wanted one forever.

After that I limited myself to gifts for the impending baby shower season, managed to walk away from an awesome lampshade that I don't have a lamp for and a pewter lizard doorstop (I do need a doorstop but it's the principle or something) and got accused of haggling by an artist until I admitted that I have a small place and I only have space on my walls for things I really like. As much as smiley elephants are cool, I would end up stabbing one after a bad day at work.

After a while La folded from shoppers-fatigue and an impending appointment and left me with the other three, who really do believe in going through every. single. item. at. every. single. stall., and I passed the time wandering around until S and I stopped at a funny little stall with canvas paintings. I fell in love with a simple little painting and thought about it for a while. It helped that the artist was not pushy, but happy to discuss his motivation for painting it and what it meant to him and I was able to see it, but still know what it was that spoke to me.

At that point S's mother decided that I clearly had no decorating ability, and I couldn't possible have only one bright blue painting, and bought me matching one to make a set. I took them off to a framer and now I am waiting for the quote and the paintings. I can't post a photo because I don't have one, but I will as soon as I get them back.

I also loved a HUGE mosaic that I can't afford, but the artist promised to make another one for me when I have saved up, if the original one has been sold by then. So instead of painting light grey stripes on my yellow living room wall, I'll wait until I can get the mosaic and then paint the whole wall grey to go with the multicoloured amazingness (once again, should have had the presence of mind to take a picture).

so all in all a successful day that has left little by way of regret except some rather stiff legs from walking so much (getting unfit). Next up, exploring the Braamfontein markets I think!

Posted by Helen at 6:00 am 0 comments Links to this post

Labels: adventures, growing up, I had the time of my life, nothing in particular, shiny..., special people, the fantasticness of awesomeness

I know it's been a while. I've been super busy. I've had dealing with power-kicking middle management, clients from an unpleasant and fiery place, my grandmothers tag-teaming in and out of hospital and all the usual fun and games.

I'm not sure what to write about since some makes me sad, some angry and some just feels too private to broadcast.

in the meantime, I leave you with the most awesome thing ever:

Posted by Helen at 6:09 pm 0 comments Links to this post