Before my fingers drop off from frostbite

It's FREZING in joburg right now! So cold in fact that people are letting their animals heal by themselves or something because I was at the vet for four hours this morning and I think we saw one animal and I sold two bags of dog food, and did some data analysis. Getting up and getting to work is awful because besides the cold and wind, today it's also raining, which makes life totally miserable...

At one stage I was freezing, despite the heater and several layers of clothing, and so I took the opportunity to make a cup of coffee. At that stage I had been sitting round for about two hours. Of course in the two minutes it took me to make coffee people arrived and one of the other employees helped them, leaving me feeling rather guilty that I'd only helped three out of four potential clients in the morning!

Anyway I was reminiscing about some trips today and I figured what better time to talk about where I would really really like to be right now (rather than trying to resurrect my calculus skills on a data-set that is way bigger than I had thought...) 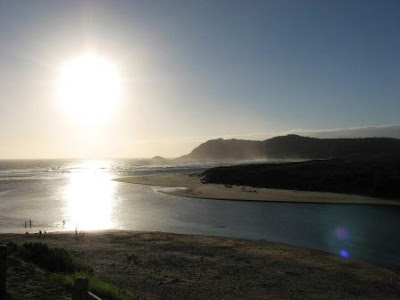 The obvious choice: the beach! Lying on the hot sand, sleeping off the last dive. Walking along the edge of the surf. Digging around in rock pools and looking at the weird and wonderful animals there. Building random sculptures out of sand, digging giant holes and making wind shelters and then falling asleep against the temporary wall of sand... 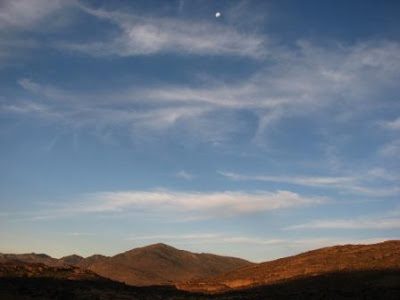 Namaqualand - the most beautiful place in the world! Going exploring in the evenings where it's light until late because it's right on the west coast. Climbing rocks (and fences...) and trying to navigate when everything is so huge that any kind of distance perception is lost and estimations are way off every time. 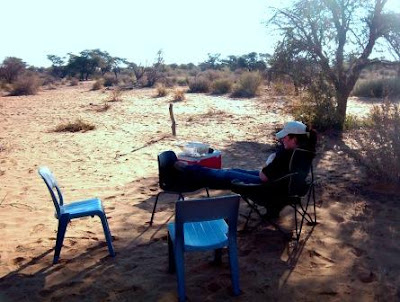 Sitting in the kalahari, watching the random wildlife. I can't take credit for this photo, it's Luke's (The rest are mine). This was actually while waiting for our friend and his research assistant to fetch some giant mealworms for the owls. 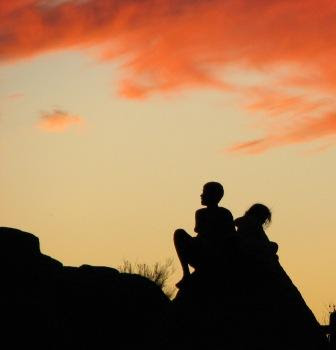 The Kalahari, a bit further south. Something about the desert makes me want to climb rocks and watch the sunset. 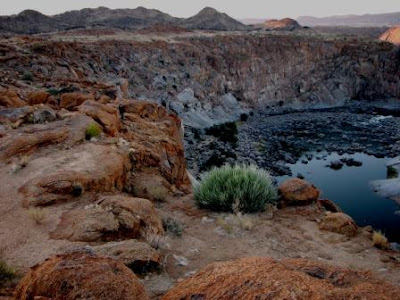 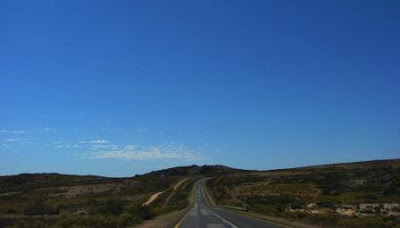 A road between Namaqualand and the Kalahari, where we saw desert dunes for the first time. Basically any road that is somewhere warm, stretching away further than I can see... 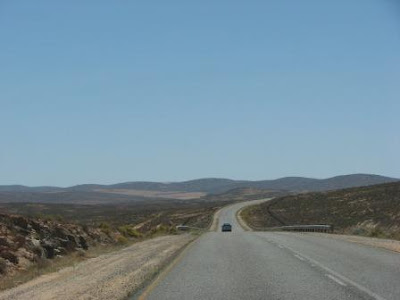 Like this one, on our way up from the Western Cape towards Namaqualand. 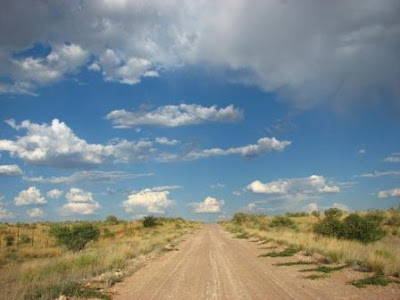 Or this road in the kalahari.

I'm really feeling the need for a road trip!

Where do I sign up for the road trip?

Man, awesome pictures, I have not been to most of those places. It makes me sad. I need to come back and do some more roadtrips.

Seriously...when are we doing another road-trip? Going through the photos of the mole-rat trip (2) has made me so desprite to get out of the city for an extended period of time!!!

At the risk of stating the obvious you live in a beautiful beautiful country...