So I finally got my camera to talk to my laptop! So here are the promised photos. Im not going to write much today except that, after 10 days of relatively incident-free scrambling around on dangerous rocks, today ti was cold and i dodn't go traping, but rather tripped over my own feet and now I can't bend my left knee at all. What are the chances? On the plus side I have an addiction to frozen peas (I'll happily eat entire bowls of them) which as everyone knows are the world's best ice-packs so I'm well looked after!

In other news I was so bored by not being able to walk, I decided to pull out my makeup bag and do something that'll scare the nice little nelspruiters next time I go through there. A friend I told about it didn't believe me, so I took a photo, the only problem is that it really doesn't look like me! I think it's the angle or something, but to not recognise yourself in a photo that you took of yourself... it's weird!

The photos are in no particular order, I'm afraid my connection's not great, so I don't want to fiddle too much. Captions are underneath! 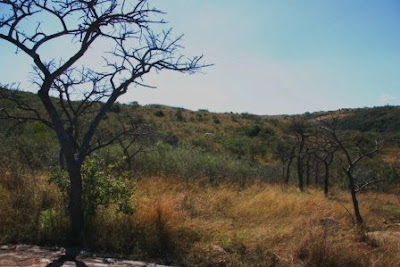 The view from a trapping site. Bear in mind that everythng green in this picture is a thorn tree. The little white spot in the centre is my vehicle. I have to get from the rocks to the vehicle, carrying two heavy buckets and a cooler bag. the house is about two hills behind the vehicle, it's only about 3km to the house, but there's now way I could manage it with buckets and everything after a hard day's trapping. 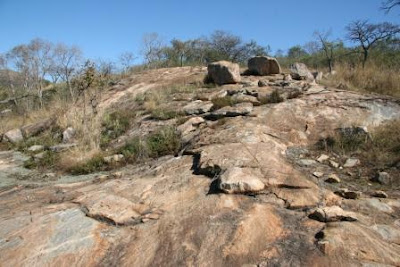 One of the easier sites to trap. For scale, the boulders at the back are probably up to my shoulders. 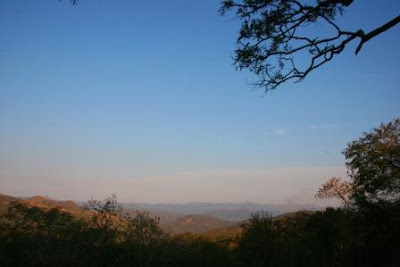 Yes people, this is basicallymy back garden! It's the view from the verandah where I sit every evening and watch the bats and the jackal and the kudu and the birds... 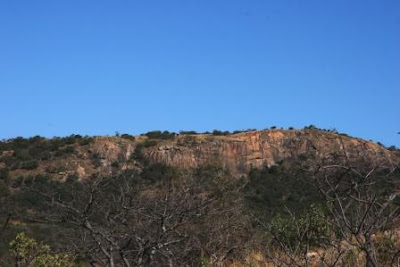 This is the kind of site that I fall on, repeatedly. They're generally surrounded by huge thick vines covered in thorns with the diameter of your average pencil. This particular location is on the farm next door, the farmers have a history that would make any soap jealous, and this particular family scares me, so I don't trap there. They farm macadamia nuts, just for the record! 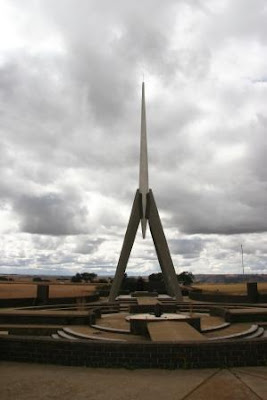 I think Kath inspired me: every time I drove out here I pass this hideous monument and wonder about it. This time I decided to solve the mystery and check it out! It's basically (from what I could understand in the flowery Afrikaans on a very worn plaque) to commemorate the very fine Afrikaans men who died fighting the very not fine English people. I could be wrong. It's just strange to have this huge monument in a field in the mddle of nowhere! 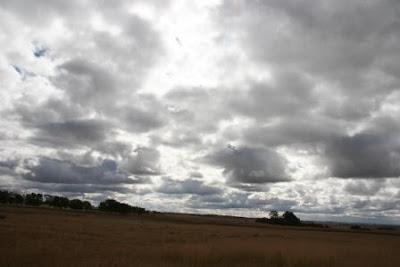 Although this is the view from it, and if I was a patriotic young Afrikaner, I'd probably like to be buried here.

ps your email playlist is coming! i swear!

Wow, your back garden sure is big ;)

Awesome pics. I LOVE Mpumalanga (that is where you are, right?)!

Well spotted Tamara, it is Mpumalanga (where the people have an entrely separate law of driving).

Sarah: I don't know how you can live anywhere without open spaces, even just Joburg makes me twitchy and closed in after a while.

Brazen: 30 000 hectares! Of which about one or two thousnd is techically my back garden, but there aren't many fences so I lose trac of whose property I'm on (and fences are pesky things and must be conquered!

Great photos - can you take some of your lizards for us? Please? That sculpture thingy looks like a compass that a stray mother-ship might use....