I sat in the freezing cold, wrapped in a giant jacket (I love having a boyfriend who is 6 ft 3) discussing death with a plumber.

And as the discussion covered things like losing pets and then moved on to Alzheimer's, dementia and how many awful car accidents we’ve seen on the roads, the general consensus was a ‘live now we’ll die anyway’

Meanwhile I just wanted to hide under my bed in case anything horrible happens. After all, those terrible terrible things can’t happen to you if you stay at home (and really really reinforce it). 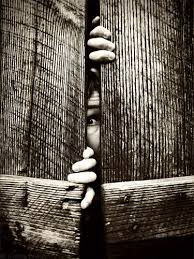 And just to clarify, I’m not being flippant about this. A year ago I’d never gone to the funeral of someone I’d known. Right now I’ve been to three. And I know now that death really really scares me. I’ve never really had to deal with it before.

And I don’t want to deal with it.

I know what you mean. I worry about death too. I used to get out of bed to go check my mom was okay in the bath, or phone people if I heard sirens. Its not good to think about it though, you have to put it at the back of your mind and leave it there. Its hard to do...