I have a draft to send in this week, and a trip to Namibia to finish planning, so no time to chat I’m afraid, in the meantime, enjoy this:

Posted by Helen at 12:21 pm 4 comments Links to this post

Also on my mind

so after the rant (sorry, had to get it out my system) I was thinking about Dirty Dancing.

Yes they're remaking the movie and that's ok because we will all love the old one just as much and the new one might be awesome, and if not we'll have to watch the old one to compare them. Not to mention my personal philosophy that there will never be enough dance movies around and as long as it isn't made by Disney (because high School Musical doesn't count) I'm ok with it.

And in light of what I've been thinking for a while I realised that one part of Dirty Dancing that really hit home with me was that Baby Was Right. not a new concept I'm sure, but it was to me.

Her parents picked out the perfect guy for her who came from a wealthy family and said and did all the right things. But the coming of age was her seeing past that and falling for Patrick Swayze instead, even though he was the epitome of what her parents didn't want. And what made it special was that there was no sour relationship with her family, no need to go out and prove a point, she simply reached that stage in her life where she did what she wanted to do, she went out and learned and saw and made mistakes and fixed mistakes and did what she needed to do.

So yes, a remake may be something unwanted by my generation, but those are lessons that are important, and a remake is the only way that the next batch of little girls learns to make her own decisions. An how to carry a watermelon. And not get a dodgy abortion. You know, stuff.

Posted by Helen at 2:59 pm 8 comments Links to this post

Labels: I had the time of my life

One day this will be me!

MOVE from Rick Mereki on Vimeo.

Posted by Helen at 10:37 am 1 comments Links to this post

something getting on my nerves right now

Yes, this is a rant, and probably too long to read, but i needed to write it.

I was reading an article the other day (do yourself a favour and read it), and this stuck out at me:

Or there's the 14-year-old who was at the movies with her friends when a man in his 20s put his arm around her shoulder and asked her to come sit with him. She said no and he went away but she was shaken. Talking it through with her friends, there were suggestions that her outfit was ''kind of sexy'' and so maybe she shouldn't dress like that any more. Others in the group thought that was unfair: her outfit was amazing and she felt great in it. She just needed to be ready for men who thought she was older or looking for a boyfriend or whatever. Together, the girls came up with a strategy: the next time she (or any of them) had an adult man crack on to her she should say - very loudly - ''I'm 14!'' and if he persisted, she would - louder still - tell him he should be ashamed of himself for trying to pick up a child.

There's no doubt the ideas behind this solution came from a thousand conversations with adults and peers and from various forms of media. When it came to the crunch, the girls were able to talk it through, support each other and come up with a strategy that acknowledged unfortunate realities while refusing to cower in the face of them. Talk about empowering.

Unfortunately, when the girl told her parents about the incident, she was banned from going to the movies with her friends. Again, an understandable impulse but the girl feels punished for fighting her own battle and will either stop doing so or - more likely - will be sure to keep future battles a secret.

And that pretty much summed up my teenage years, even a lot of my life right now.

As a teenager I dealt with a lot of things, went to a lot of places and got up to a fairly normal amount of stuff. I still have a major issue with the fact that I had to do a considerable amount of lying in order to do the normal things that people my age were doing.

Nowadays I live with my parents and so they feel quite OK about tracking my car, having a tracker on my cellphone (which is used regularly, not just in case of emergency) and recently phoning my friends to find out where I am at 7pm because of the 'emergency' of needing to know if i would do laundry.

I have been out enough to have had a fair number of experiences that I'm sure would freak my mother out, because the world is a big ugly place and the chances are if you go out and have fun you will end up with 50-year-olds staring down your shirt or having a drink spiked or having a road-raged driver get out his car and spit in your face. It happens (all true stories).

What bothers me is that people are so busy trying to wrap their daughters in cotton-wool (and I say daughters because of the number of times I argues against unequal restrictions to hear 'but your brother is a boy so he can do more, it's not safe for a girl'

And my real point, besides the whining?

As a kid and teenager I was cotton-wooled within and inch of my life. As a young adult I am as controlled as they can manage. Guess what, it never stopped me anyway.

Can people stop trying to raise gentle delicate flowers and teach their kids to be tough and smart and have values that will stay with them long after they take control of their own safety. That little girl in the movie house was so strong and she dealt with the situation and came up with a game plan, and for that she got kept at home. Next time she will lie about where she's going and it will take things going very very wrong before she asks her parents for help.

Posted by Helen at 7:46 am 4 comments Links to this post

pretty much the most accurate thing I've ever seen.

click to enlarge, only about half of it shows here

Posted by Helen at 8:38 pm 0 comments Links to this post

Labels: the weird world of academia 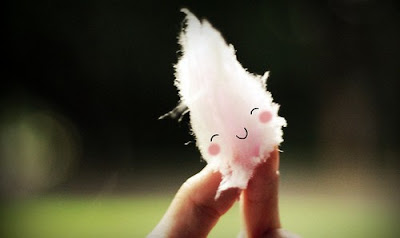 " You know that scene in Babe where the farmer clog-dances for the pig? Sometimes I'm the sick pig and I need a farmer to cheer me up. And when things get bad, my boyfriend does dance for me, and it never fails to make me laugh. He's a pretty snappy dancer." - Shirley Manson

Posted by Helen at 12:27 pm 2 comments Links to this post

Labels: nothing in particular